Prof. Konstantin Mischaikow from Rutgers University will give the annual Peter Hilton Memorial Lecture on Thursday, April 27, 2017. The lecture will be given in Fine Arts Building room 258 at 3:00 pm. It will be followed by a reception at 4:30 pm, in The President's Reception Room, Anderson Performing Center, Binghamton University. This reception is for the whole Binghamton Mathematics Community as well as for our visitors. A flyer of the event can be downloaded. The title and abstract, along with a list of previous speakers, can be found at the Hilton Memorial webpage. 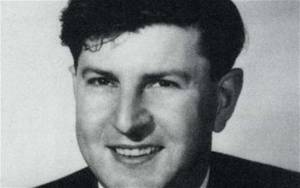 Peter Hilton Memorial Lecture is an annual event in memory of Peter Hilton, 1923-2010, a member of the Binghamton Mathematics Department from 1982 until his death in November 2010. He was an internationally famous member of the mathematical community. His contributions included a major role in the code-breaking operation at Bletchley Park during World War II, where he worked with Alan Turing, and important research contributions to topology, homological algebra, elementary number theory, combinatorics, and polyhedral geometry, as well as mathematics education at all levels. A collection of memoirs by people who knew Peter has been published in the December 2011 issue of Notices of the American Mathematical Society.

Peter gave a talk to the department about his wartime codebreaking. You can watch it here.